Check out The Sons of Anarchy on the FX TV channel this Wednesday, September 3, 2008 at 10 pm ET. This is an original series centered around both a family that rides motorcycles and the motorcycle club family of which they are a part.

I had heard of the new HBO series, 1%, but it's going to come out much later than this one on FX. There was controversy about 1% because Sonny Barger, founder of the Hells Angels, had brought a lawsuit against HBO. The folks involved with Sons of Anarchy do not seem worried about any legal action by anyone.

Here are a couple of links to stories about this drama that some are referring to as "Easy Rider Meets the Sopranos."

I'm sure there will be mixed reviews on this new show. It will be portraying the lives of motorcycle riders who come from a small segment of motorcyclists. It will be dramatic and might result in non-motorcyclists tending to paint you with the same brush that the creators of Sons of Anarchy used to define its players.

This new series may not be as great as The Sopranos -- which took early barbs for misrepresenting the Italian population -- but give it a chance. It could be like most of the big screen motorcycle club movies of the past with emphasis on violence and mayhem. Then again, with the extra time accorded by episodic TV, it may allow character development so we can begin to know the people involved in the story.

I know I'll be watching. Expect a review after I've seen the pilot and one episode.
Posted by Unknown at 8:51 AM 10 comments:

Buell has issued a recall of certain 2007-2008 Blast motorcycles.

The fuel tank may experience some local deformation under high-heat conditions that creates contact of the tank with the cylinder head. In some of these cases, the cylinder head rubbing on the fuel tank has created a fuel leak. This could result in a crash or fire, which could cause injury or death to the rider.

Check out my Motorcycle Recalls feature for more details.
Posted by Unknown at 8:51 AM No comments:

I usually only publish motorcycle recalls specific to the manufacturer but I'm making an exception in this aftermarket case involving Motion Pro and Suzuki.

The lobe height on some of these levers are smaller and do not properly engage the stomp lamp switch which will not deactivate when the drive releases the brake lever. If this occurs, the stop lamp will remain on which could possibly result in a crash.

Check out my Motorcycle Recalls feature for more details.
Posted by Unknown at 3:22 PM No comments:

What a concept! Just walk up to your motorcycle, strap it on, and move off at up to 75 mph.

One future-looking college student, Jake Loniak, has come up with a design concept and even has a realistic animation of how it might work.

Read the complete story by Annemarie Conte and Esther Haynes, view the animation, and glimpse into the future.
Posted by Unknown at 9:22 AM 1 comment:

Motorcycle Pictures - Our Readers and Their Motorcycles

I think everyone likes to show off their motorcycle to others. That's why I started a motorcycle picture gallery nine years ago on the old site and continued it here on Motorcycle Views.

When I started my motorcycle pictures galleries, I didn't realize that it would be desirable to break down the pictures into sub-galleries. One of the first sub-galleries was Women on Motorcycles. That was a widely successful picture gallery since it allowed other women who were thinking about learning to ride, an opportunity to see other women motorcycle riders and their motorcycles and read descriptions of the motorcycles firsthand from the women riders. In essence, we were motivating women to learn how to ride a motorcycle.

All the pictures on the site come from visitors. I have a submission link to get the motorcycle pictures and motorcycle descriptions to me.

Here are all the motorcycle pictures galleries on this site. Click on the links to go to the gallery. If you want your bike in one of these galleries, send me a picture and description: 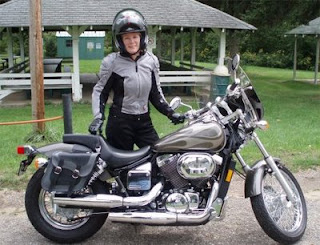 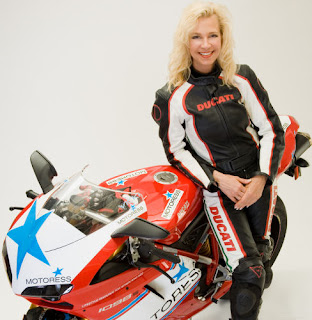 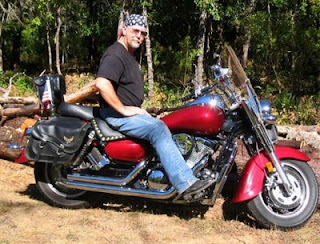 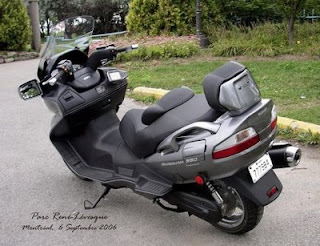 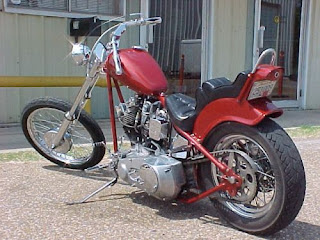 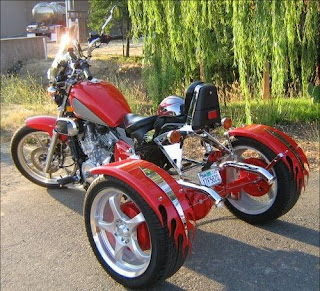 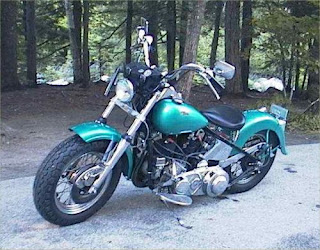 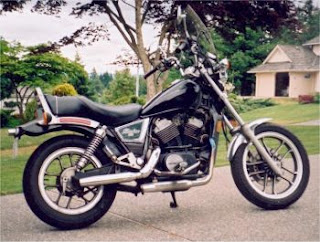 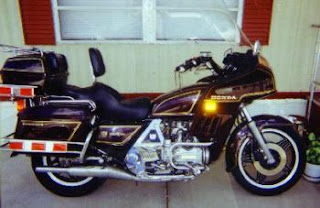 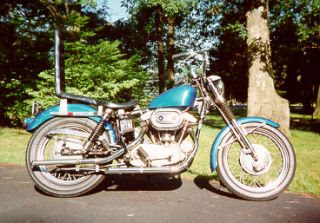 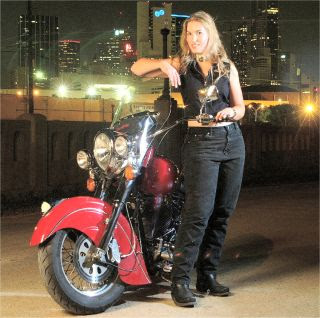 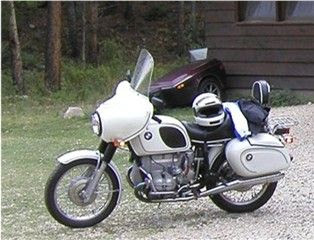 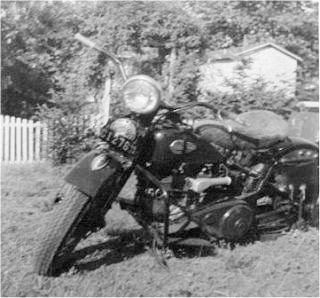 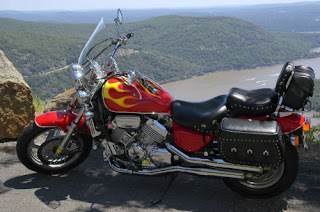 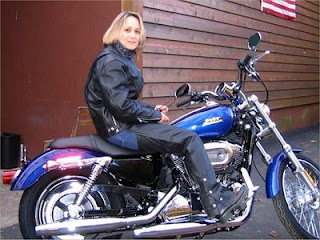 All Motorcycle Pictures by Year, Make, and Model
Posted by Unknown at 9:40 AM No comments:

These motorcycles may experience a cracking of the fuel filter shell leading to loss of fuel pressure. This loss of fuel pressure can cause diminished performance and, in some cases, may cause an engine stall or a no-start condition. This condition could lead to a crash which could cause injury or death to the rider.

Check out my Motorcycle Recalls feature for more details.
Posted by Unknown at 8:10 PM 1 comment:

Motorcycle Pictures of the Week - Chloe and Winter Warrior 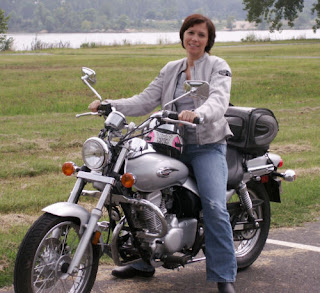 Here are my Pictures of the Week as displayed on the Motorcycle Views Website. These are taken from the Moto Pic Gallery.

If you'd like to see your bike as Picture of the Week, submit a picture of you and your bike along with a description of the bike.
Posted by Unknown at 8:29 AM 1 comment:

A couple of university researchers from Taiwan have developed an air-powered motorcycle. Here's an excerpt from a report by Jessica Marshall from Discovery News:

Researchers Yu-Ta Shen and Yean-Ren Hwang of the National Central University in Taiwan have developed an air-powered motorcycle, which uses the energy in compressed air, rather than gas, to drive the motor." -- Jessica Marshall, Discovery News

Of course, the real benefits of such a system might best be achieved in an air-powered automobile that has more room to house the bulky mechanism necessary to pull this off.

Here's the complete story. Feel free to comment on this story in the Comments section, below.
Posted by Unknown at 9:06 AM 3 comments:

Motorcycle Pastimes in the August Sun 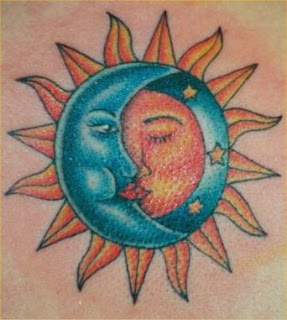 It's been a slow week. Maybe people have finally decided to take a motorcycle vacation since gas prices are starting to inch downward again. Some have gone to the Sturgis Motorcycle Rally but I hear that vendors and attendance there are taking a hit this year.

A lot of people are taking staycations this year. I guess I'm one of them. I have to save up to be able to participate in the Polar Bear Grand Tour that starts the last weekend of October. Gasoline for two trikes could end up costing $1000 for that six month tour throughout the winter. I take all the pictures at the various runs and maintain their website.

For those not out on their motorcycles, here's a few things you can do on my website:

Now if only they had motorcycle racing or motorcycle trials in the 2008 Summer Beijing Olympics, there would be more to do.
Posted by Unknown at 11:47 AM 1 comment:

Check out my Motorcycle Recalls feature for more details.
Posted by Unknown at 12:22 PM No comments: