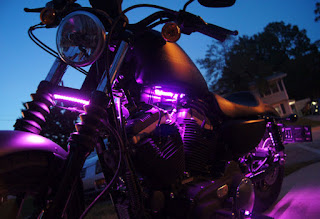 Some motorcycles may be equipped with drive chains that contain outer drive plates that were improperly heat-treated, resulting in plate fracture during use. 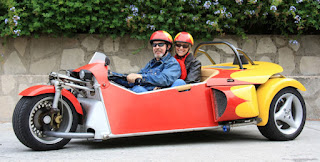 Ride of the Century - Police Intervention

Harley-Davidson has found ways to improve efficiency at their plants, cut costs, improve operations, satisfy the unions, and also make a better product. Take a look at this slide show from the Wall Street Journal.

Posted by Unknown at 9:28 AM No comments:

Posted by Unknown at 8:47 AM No comments:

These motorcycles are equipped with a motor encoder position signal that may drift over the extended use of the motorcycle. If the signal drifts outside of the given parameters, the motor controller may shut off, resulting in the motorcycle inadvertently losing power.

Women Motorcycle Riders Love the Freedom of the Road 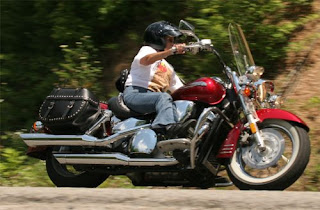 Each year, more and more women riders are taking to the road riding their own motorcycles. Here's an excerpt from an article appearing in the Asbury Park Press, written by Chris Jordan:

"Call Andrea Zivari Giannoglou of Montville a happy biker. 'Every day is a lot of fun to go to work,' said Zivari Giannoglou, 48. 'If I have to go to the bank or something, those little side trips make me very happy, because getting on my motorcycle gives me a sense of freedom. It's beautiful out, and there are lots of smells, and it’s just a fun thing for me to do.'" -- Chris Jordan

Read more of this article and view a video from a lady rider.

Learn more about women in motorcycling.

The Sons of Anarchy TV show has begun its fifth season on the FX channel. I wasn't a regular viewer in the first four seasons but I'm going to try to watch season 5.

The show has a huge following. Right now they have over 4,691,460 Likes on Facebook.

"Sons of Anarchy is an adrenalized drama with darkly comedic undertones that explores a notorious outlaw motorcycle club's (MC) desire to protect its livelihood while ensuring that their simple, sheltered town of Charming, California remains exactly that, Charming. The MC must confront threats from drug dealers, corporate developers, and overzealous law officers. Behind the MC's familial lifestyle and legally thriving automotive shop is a ruthless and illegally thriving arms business. The seduction of money, power, and blood."

The second episode of the fifth season is coming up on Tuesday, September 18, 2012 at 10 PM on the FX channel.

If you are a regular viewer of Sons of Anarchy, please offer your opinion of the show in the comments below.

Motorcycle trikes are becoming quite popular. A piece on the NY Times website discusses some major reasons why riders are turning into trikers. Here's an excerpt:

"In his nearly 50 years as an avid motorcyclist, Grady Howard has roared down the tobacco roads of North Carolina and through the mountains of old Kentucky, all with his wife, Barbara, tucked behind him. But with a balky left leg and myriad other maladies, he knew the only way to stay wild was to add a wheel. 'I told my wife it was either trike it or park it,' said Mr. Howard, 74, wearing a cowboy hat and a bright yellow safety shirt. And she said, 'Trike it.'" -- Jesse McKinley

For much more about trikes, take a look at my articles , features, and pictures.

Posted by Unknown at 2:40 PM No comments: 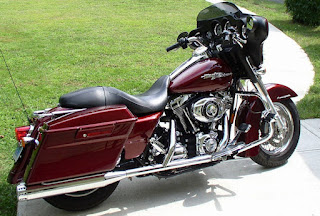 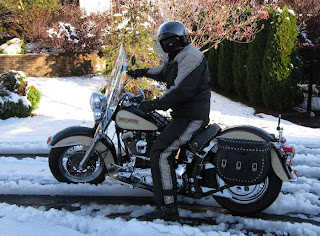 The 2012-2013 Polar Bear Grand Tour riding season has been announced. The Polar Bear Grand Tour is an American Motorcyclist Association (AMA) sponsored Grand Tour. The season begins October 28, 2012 with a sign-in at the VFW in Cape May, NJ. Thereafter, there will be a ride most Sundays covering destinations in New Jersey, New York, Delaware, Pennsylvania, and Connecticut. The final ride will be back to Cape May, NJ on April 14, 2013. Check out the Polar Bear Grand Tour website for all the details including pictures and videos of previous runs.
Posted by Unknown at 7:39 PM No comments:

Motorcycle Picture of the Week - Gorgo 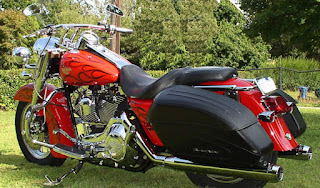 Riding and Repairs at the 2012 BuRP Rally

I recently noticed a short video posted on Facebook that was made by a participant of the 2012 BuRP Rally held in Maggie Valley, NC. (BuRP stands for Blue Ridge Parkway and u.) This rally, more than a decade old, was founded by members of my old motorcycle forum on About.com. Both my late wife, Jane, and I attended the rally twice. The video brought back pleasant memories of the rally. I especially remember the group riding through the very scenic Blue Ridge Parkway region and the ever present front porch repair sessions. Both are covered in the video. Thanks for the memories guys.

Check out the video.

Posted by Unknown at 9:34 AM No comments:

Riding a motorcycle is an exercise in managing risk. Today's wealth managers also manage risk, especially since 2008. Here's a video from the Wall Street Journal about a wealth manager who also rides a motorcycle to relieve stress. But, he also manages the risks of riding to help him better manage the risks of investing for his clients. Check out the video
Posted by Unknown at 8:36 AM No comments:

I have a list of motorcycle seat heights that I developed for 2006 makes and models. I'm currently adding the 2013 models to that list.

Seat heights for other 2013 makes and models are currently being developed as the manufacturers release that information.

Posted by Unknown at 9:32 AM No comments: