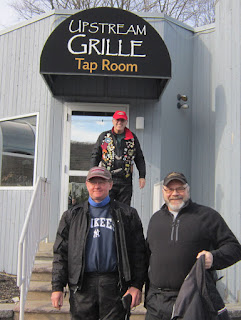 During use, the heated hand grips may expand and cause the throttle to stick open.

If the throttle sticks open, there would be an increased risk of a crash.

One of the bolts on the rear suspension deflection lever may loosen and adversely affect the handling of the motorcycle.

If the bolt loosens and affects the motorcycle's handling, there may be an increased risk of a crash.

Posted by Unknown at 1:40 PM No comments: 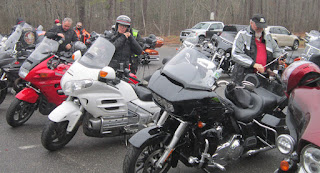 Honda Recalls 2006-2009, and 2012 Gold Wing GL1800 Motorcycles Equipped With Air Bags Since the Inflators May Rupture Due To Propellant Degradation Occurring After Long-term Exposure To Absolute Humidity and Temperature Cycling

These vehicles are equipped with certain air bag inflators assembled as part of the air bag modules used as original equipment or replacement equipment. In the event of a crash necessitating deployment of the front air bags, these inflators may rupture due to propellant degradation occurring after long-term exposure to absolute humidity and temperature cycling.

An inflator rupture may result in metal fragments striking the operator resulting in serious injury or death.

Check out pictures and a video of the tenth motorcycle run of the 2016-2017 Polar Bear Grand Tour season to Rhodes North Tavern, Sloatsburg, NY on January 15, 2017. 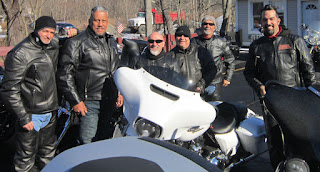 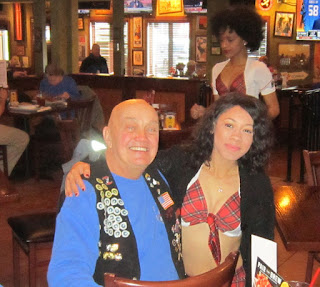 Check out pictures of the ninth motorcycle run of the 2016-2017 Polar Bear Grand Tour season to The Tilted Kilt in Monmouth Junction, NJ on January 8, 2017. This also includes pictures of the Chilly Chili run held on January 1, 2017.
Posted by Unknown at 12:45 PM No comments: