Motorcycles not originally sold or ever registered in either Zones A or B are not subject to this safety recall.

These motorcycles are equipped with an air bag inflator assembled as part of the air bag module, used as original equipment or replacement equipment. In the event of a crash necessitating deployment of the air bag, these inflators may rupture due to propellant degradation occurring after long-term exposure to absolute humidity and temperature cycling.

An inflator rupture may result in metal fragments striking the rider resulting in serious injury or death.

Posted by Unknown at 9:54 AM No comments: 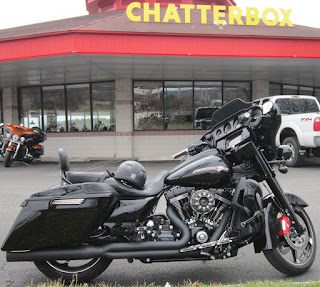 We present here a gallery of the best Polar Bear Grand Tour motorcycle pictures and videos for the 2015-2016 riding season. My definition of "best" is probably different from yours. I just looked at the more than 1000 pictures and 50 videos published during the season and picked what I liked best -- whatever caught my eye or I thought was different or offbeat.

Take a look and listen.

Posted by Unknown at 9:50 AM No comments: