Saturday was Parade day at Americade. We got up early and loaded the trikes. We would be leaving today after the parade. I moved my trike out to Canada Street and backed it in to the curb so I could later sit on it to view the parade. Actually, I wouldn't be doing much sitting but rather I would be taking more pictures and videos from several positions off the trike.

We walked over to the restaurant that used to be Wegars for our last breakfast this year at Americade. Every time I've gone in there, I've been looking for donuts. They're supposed to sell them. That was my first question. Unfortunately, no donuts today. Maybe next year.

It gets very quiet just before the beginning of the parade since the side roads are blocked and all traffic stops, except for the parade.

Here are some pictures and videos.

Jane also moved her trike next to mine and relaxes before the parade begins. 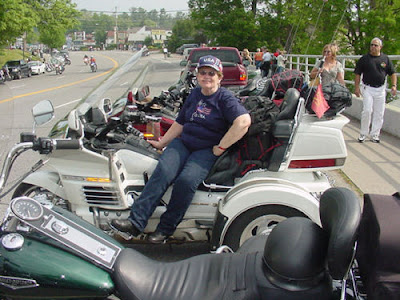 I'm on my trike and shortly will be getting off to take pictures and videos. 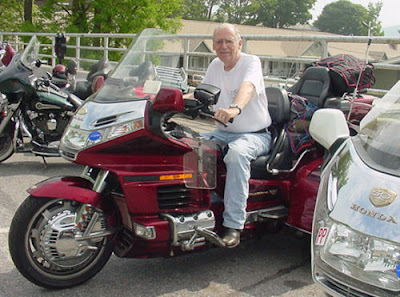 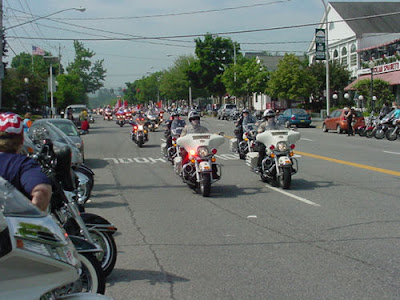 The largest group at Americade, the Knights of Fire. 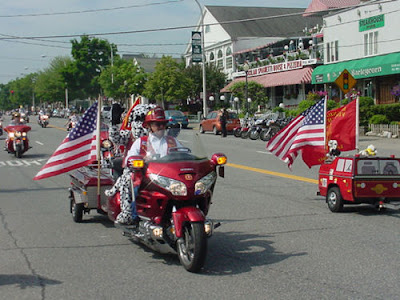 Parade participants have balloons tied to their bikes. 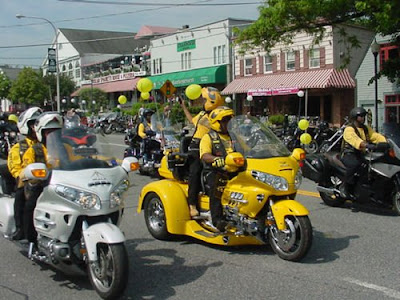 This was a stunt rider in the middle of the parade. There was a special vehicle filming him as he performed at many points in the parade. I wasn't able to catch any video of this. See the official Americade video. 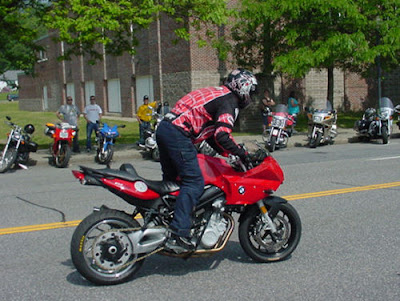 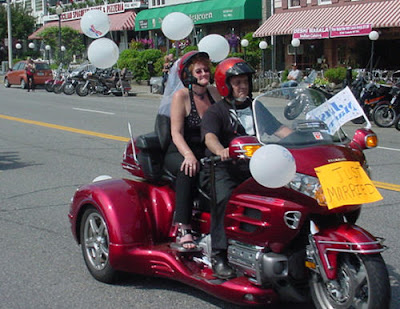 The parade has looped back on itself. 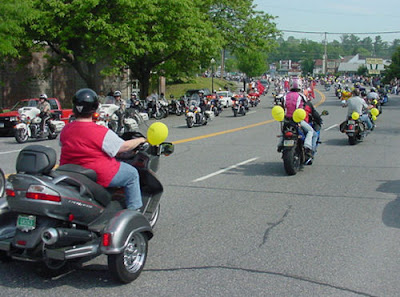 Santa goes to Americade too. 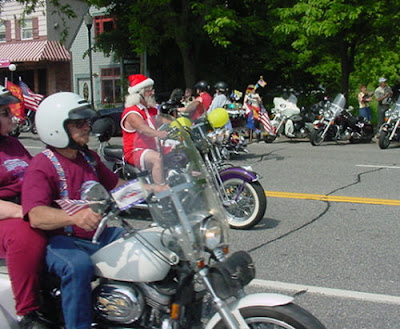 There goes Santa in the other direction. 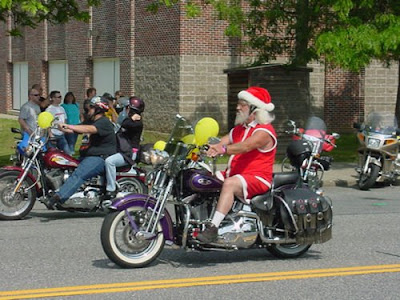 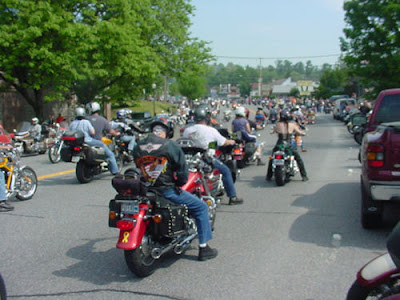 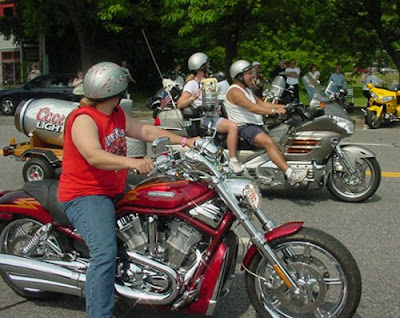 Customs make it to Americade as well as touring bikes. 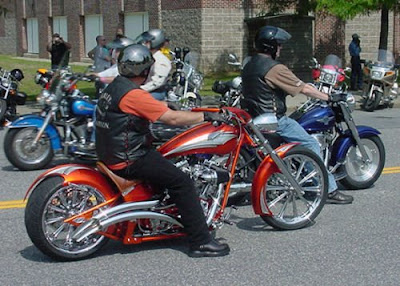 Note: These short videos (less than 15 seconds) may be slow to load. Just let them complete in slow motion and then replay them.

The sound of a fire whistle is heard in the parade. Look at the center of the first few frames of this video to see the stunt rider doing wheelies.

Both sides of the street are filled with the parade in this video.

The music of the parade is heard in this video.

The parade rushes by.

After the parade, we rode up to the Northway and headed south to the Saratoga Springs area where I let the Garmin GPS take over and lead us to our daughter's house via a scenic tree-shaded route. We will be staying there until Monday when we will start the journey back to New Jersey in 96 degree heat. We expect many stops since Jane does not tolerate heat well.

An evolving blog index to these Americade 2008 blog entries is also available.
Posted by Unknown at 7:29 AM